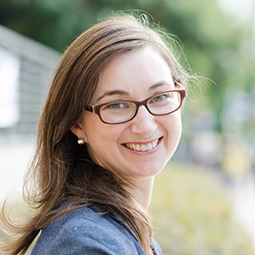 Teal is an occupational therapist and researcher in the Department of Occupational Therapy at Augusta University in Augusta, Georgia. Teal’s passion is working with others to understand and reduce disparities in care for individuals with autism, including racial and ethnic minorities and adults with autism. Teal seeks to change the way that research unfolds, including aligning research with community perspectives and priorities. 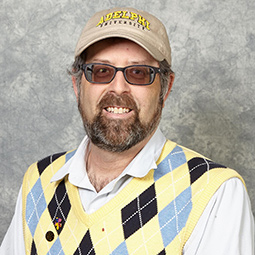 Diagnosed with “Atypical Development and strong autistic tendencies” and recommended for institutionalization, Dr. Shore is now an Adelphi University professor of Special Education and internationally renowned for education, publications, and consulting. A board member of Autism Speaks, president emeritus of the Asperger/Autism Network, and former board member of the Autism Society, Dr. Shore serves on the boards of numerous related organizations. 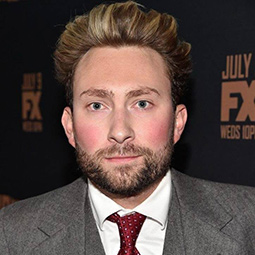 Alex runs, owns, and develops WrongPlanet.net, a popular community for individuals with Asperger’s Syndrome and Autism which he started in his teen years after being diagnosed at the age of 9. He graduated from George Mason University with a degree in Film. Alex served as the consultant to the lead actress & creators of FX’s hit TV series The Bridge and has produced and directed award winning films. 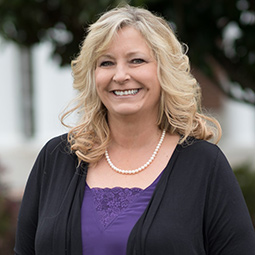 Patricia Duncan is a part of this dynamic team as the meeting planner. She brings with her 26 years of meeting planning experience for a national medical organization in both national and international settings.

As Leadership Programs Coordinator, Reid facilitates the Autism Campus Inclusion (ACI)
leadership academy for autistic college students, as well as oversees the Autistic Scholars Fellowship program. Reid received his undergraduate degree in Health and Society from Beloit College, where he was awarded the Wirtz Public Service Prize for his disability-related advocacy on-campus and in the community.

Barb was diagnosed with Aspergers Syndrome in 2009 and is Founder and Editor in Chief of Spectrum Women Magazine. She is a highly committed Autism/Aspergers advocate, keen motorcyclist and web/graphics guru. Barb has made numerous appearances on Australian television and radio.

I am a neurotypical representative of the Russian autistic community. I work at the Center “OUR SUNNY WORLD” in Russia, Moscow, which helps children and adults with autism and their parents for many years. Our main goal is to make all the people with ASD happy, so that’s why we need to develop all necessary services for them.

Amy Gravino, M.A., is a Certified Autism Specialist and the president of A.S.C.O.T. Coaching. Amy offers autism consulting, mentoring, and college coaching services for individuals on the autism spectrum.

Liane Holliday Willey is a professor of psycholinguistics who works as an autism consultant, autism educator, and author, whose special interest and main employment is in equine assisted therapy.

I am an autistic adult formally diagnosed later in life at the age of 46. I have a master’s degree in the art of teaching in special education, and have worked with children on the autism spectrum for over 20 years. I have a heart for helping others on the spectrum, adults and children, so they do not have to experience the same difficulties I have in my life.

I am Bill Peters. I am 35 years old. I started Three Rivers Autism Outreach. I love helping people on the autism spectrum and being a self-advocate.

Jeanette Purkis is an autistic author, public speaker and autism advocate who also has a diagnosis of atypical schizophrenia. She has worked full-time in the Australian Public Service since 2007 and has a Masters degree in Visual Arts. She is the author of three books on elements of autism and has a new book aimed at helping parents of autistic kids build their resilience due out in November 2017.

My name is Cyndi Taylor and I am the mother of a 32-year-old son with autism. I am a Licensed Professional Counselor and Master Addictions Counselor. I am currently the Director of the Adult Outpatient Program—Satellite Clinics (Grovetown, McDuffie and Wilkes) at Serenity Behavioral Health Systems.

Elesia Ashkenazy lives in Portland, Oregon. She is passionate about Disability Rights and self-advocacy, and seeks to promote widespread understanding of the needs and rights of autistic individuals, especially females. She is fluent in American Sign Language (ASL) and is also a cochlear implant recipient. Elesia also happens to be the parent of a son on the autism spectrum.

Kate Palmer is the President/CEO of GRASP. She has earned both undergraduate graduate degrees in Psychology and holds Coaching and Autism Specialist Certifications. She is also the regional facilitator for GRASP Hudson Valley and GRASP NYC Women and provides presentations, workshops, and programming on ASD. Her research has focused on creating cognitive processes that bypass executive functioning deficits in teens and adults with Autism Spectrum Disorders which intends to help solve employment, socialization, and transitional difficulties. She has worked with individuals with ASD and developmental differences over the past 20 years in academic, residential, and non-profit settings as a special education teacher, private individualized consultant, and administrator.

For over 20 years, Jamie has worked with adults and children on the spectrum. He has served this population in schools, both public and private nonprofit, and in supported living residences and day programs. He holds degrees in Psychology, Intensive Special Needs and has recently obtained a Certificate of Advanced Graduate Studies in School Leadership. He holds both a teaching license and certification to be a Special Education Director in the state of Massachusetts. He currently is the director of a program that focuses on transitioning 19-22 year old young adults with ASD from school to adult services, called the Emergence Program, at Boston Higashi School. He has presented on topics related to Autism both nationally and internationally.

Lindsey Nebeker is a pianist/composer, presenter, and disability rights
advocate from the Washington, D.C. area.
Lindsey was born in Tokyo, Japan and received her autism diagnosis at age
two at the University of California – Los Angeles during a visit to the United
States. By age four, she began to develop speech and was involved in several
years of occupational therapy, speech therapy, and other various early
intervention programs (along with her autistic brother who requires more
intensive supports). She holds a B.A. Degree in Music Technology from the
College of Santa Fe and she is a Partners in Policymaking graduate. Lindsey
also has one sibling diagnosed with autism who requires more intensive
supports. Her experience as a sibling to a person who requires more supports
influences the main reason why she advocates for disability rights: to ensure
the rights of individuals with disabilities who have more significant needs.
When Lindsey is not reporting to her daytime position at the nonprofit sector,
you can find her engaged in her passions of traveling, sexuality research,
Japanese culture, photo documenting, and composing music on her 1909
Steinway.

Karl Wittig, P.E. was diagnosed at the age of 44 with Asperger Syndrome. He worked as an electronics engineer, doing research and development in electronics, imaging, video, computers, and communications for over 28 years, in the research divisions of major electronics corporations. He has a B. S. with distinction in Applied Physics (1976) and an M. Eng. in Electrical Engineering (1977), both from Cornell University, as well as an M. S. in Computer Science (1987) from the Courant Institute of New York University. A member of two engineering honor societies (Tau Beta Pi and Eta Kappa Nu), he holds 21 U. S. patents, and is a registered professional engineer in the state of New York. Karl is actively involved in the autism community, has facilitated support groups for adults, and served on the Board of Directors of GRASP from 2009 to 2015 as well as the Advisory Board since its founding in 2003. Currently, he serves as chair of the Advisory Board of Aspies For Social Success (AFSS). He frequently attends and occasionally presents at Asperger Syndrome and autism conferences. As a young child, he was “obsessed” with virtually anything electrical or mechanical, which led to his choice of career. Although he exhibited numerous autistic traits both as a child and as an adult, and suspected for a number of years that he might be living with such a condition, he was not diagnosed until fairly late in life.

Dena is a wife, mother, grandmother, PhD Candidate in Social Welfare at Adelph i University and an autistic
individual who has spoken on autistic research and understanding in Russia, Geneva (UN), Scotland,
Cambridge and has provided key testimony to mult iple groups in Washington, DC. She has contributed articles
and chapters to multiple publications, has served .on many regional and national committees and currently
serves on the Arc National E\oard of Directors and as the Chair of the National Council of Self-advocates. Her
current research is on reframing Resilience Theory for successful outcomes for autistics by maximizing
supports rather than overcoming the condition.

Dr. May-Lynn Andresen is EVP of QHC Advisory Group, an organization that provides
strategic consultative services to the broad community of health care. Her doctoral training was in
health innovation, leadership, and integrative health, and her passion lies in full inclusion,
engagement, and activation of patients/individuals/their care partners, particularly the
disadvantaged and unheard. She fosters this through a human-centered design approach, raising
the voice of those being served, and true partnership. Dr. Andresen’s career has spanned critical
care, quality improvement; clinical research; advocacy for the underserved; patient, professional,
and community education/outreach; fundraising; project development; and strategic planning
with special emphasis in cardiology, behavioral health, developmental disabilities, and autism.

Gersh Academy for Students on the Autism Spectrum (www.gershacademy.org)

The Autism Society of America (www.autism-society.org)